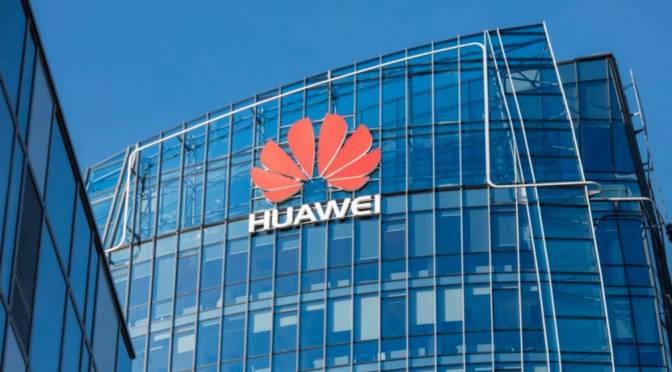 Some EU countries and the United Kingdom are taking a harsher course from the US against a Chinese supplier.
The green light for Huawei turned yellow in London, if not red. According to the Daily Telegraph, Prime Minister Boris Johnson commissioned his administration to develop a plan to reduce the involvement of Chinese companies in British 5G infrastructure – radical enough that their participation by 2023 would be completely zeroed.

The Shenzhen concern has been treated gently in the Islands so far. At the beginning of the year, it was announced that the market on the River Thames would remain open for the Chinese supplier – provided that its equipment would not be used in the basic part of the fifth generation telecommunications network (5G), i.e. in its core. It was also established that the total share of this company’s products in the access network may not exceed 35 percent. The Huawei name was not used, the term “high risk supplier” was used.

Compared to the restrictions imposed on this group by the United States , it looked favorable for the Chinese manufacturer. At the same time, London went against most members of the Five Eyes Alliance – i.e. the cooperating intelligence services of the US, Australia, New Zealand, Great Britain and Canada – where three countries are blocking Huaweia’s participation in 5G, and Canada is considering a decision in this matter.

Where does the British attitude change ? The Daily Telegraph reports that harsh stance on Huaweia is a side effect of COVID-19. During the pandemic, the Tories’ ruling opposition to Chinese investment increased. Washington’s attitude, waging a trade war with China, which the coronavirus has inflamed, is also not without influence. Especially that in the absence of an agreement with the European Union regarding the conditions of Brexit, good relations with the US have gained additional significance for London .

And Washington invariably suspects the Chinese telecommunications equipment manufacturer of cooperation with native intelligence – seeing in Huaweiu a potential threat to US national security. Since a year ago a concern from the Middle Kingdom hit the blacklist of companies in the US, to which American companies cannot sell their products or technologies without special permission, the restrictions – despite temporary thaws – have not only not been lifted, but have become even stricter.

Recently, the Department of Commerce reserved the right to approve the sale of Huawei semiconductors, which were not manufactured in the United States – but were created using American technology.

The Chinese company has expressed “categorical opposition” to this change. She emphasized that “the US government completely ignored the concerns raised by many industry companies and associations, and decided to try to suppress it once again,” Huaweia. It was added that Washington’s decision “threatens global industry” and will affect “the development of all operations conducted by Huawei in over 170 countries,” worth hundreds of billions of dollars. According to the Chinese company, “in the long run, they will harm the semiconductor industry that many sectors depend on, thereby increasing their losses.”

Javier Rodrguez Zapatero (Google): “We need to address changes in the taxation of the great technological”